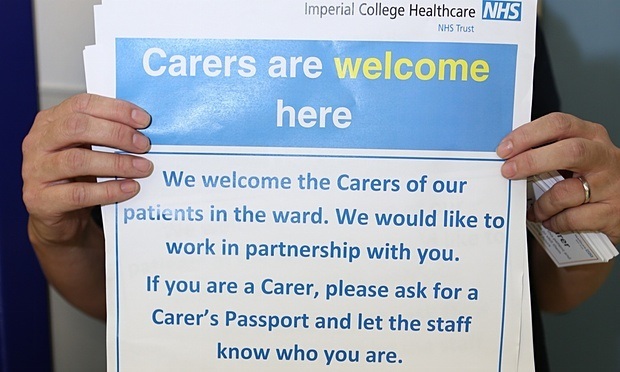 John's Campaign was started in November 2014 by friends Nicci Gerrard and Julia Jones in an attempt to make hospitals change their attitude towards the carers of dementia patients, allowing them to stay alongside their loved ones in much the same way that parents are encouraged to stay alongside sick children.

Nicci had endured the misery of witnessing the final months of her father's life be ruined by a 5 week hospital stay which reduced him from a man living well with dementia, to a shell of his former self,  bewildered, immobile and inarticulate - a state from which he never recovered.

Determined to change hospital procedures that leave dementia patients alone and vulnerable in an unfamiliar environment without the support of those closest to them when they most need it, she launched John's campaign, alongside her friend Julia Jones, whose 92 year old mother June lives with Alzheimer's and Vascular Disease.

​For June and Julia, the idea of an unsupported hospital admission is as unthinkable as it would be to expect a young child to cope alone in hospital. In the video clip below they explain why...

Since its launch 16 months ago, the campaign has gone from strength to strength, gaining the support of families and professionals alike. To press, 250 hospitals around the country have now pledged their support, including 2 local hospitals.

"We believe that the involvement of Carers is fundamental to the provision of quality care. We welcome the involvement of carers whenever the patient needs them and wish for our contribution to care to complement theirs. We pledge to use ‘Johns Campaign’ to demonstrate how we care for Carers​".

Gloucestershire Royal Hospital has altered its policy so that:

"Carers are welcome on all inpatient wards outside of our usual visiting hours and should speak to the Ward Sister in charge. Carers issued with a carers badge are also entitled to free parking, reduced meal costs in hospital restaurants and free drinks on the ward."
See the website for more details: www.gloshospitals.nhs.uk/carers

Click on the link here to read Nicci Gerrard's article for The Observer/Guardian which sparked off John's Campaign.

Track the campaign's progress by visiting The Guardian's dedicated ﻿online page for the campaign.