Dementia Carers… have your say in future services

"How can we improve the support for Carers?" is the key question in a Consultation exercise currently being run by the Department of Health.

To encourage as wide a range of people to have their say they are running an ﻿﻿
online questionnaire﻿﻿ to canvas the view of carers across the country. The results will help inform the direction of government policy for the following 5 years in the next Carers' strategy.

It is important that dementia carers are represented, so taking the time to complete the questionnaire will be time well spent.

Alistair Burt, Minister of State for Communities and Social Care and Lead Minister for carers across Government, launches this listening exercise in the short video below and explains why consulting the full range of carer groups is so important for shaping future policy.

Click on the link here to the Department of Health's website to take part in the Carers' Online Survey   (https://consultations.dh.gov.uk/carers/how-can-we-improve-support-for-carers)

Paul O'Grady openly admits one of his greatest fears is losing his memory, but in his most recent documentary for the BBC following the work of The Salvation Army, he visits a dementia care centre in Scotland in the hope of challenging some of the taboos that surrounds Alzheimer's Disease and other forms of dementia.

The Eva Burrows Day Care Centre in Cambuslang, run jointly by The Salvation Army and South Lanarkshire Council, takes an active approach to helping people cope with their dementia by enabling them to stay purposeful in their daily activities.

In the second half of the programme below, Paul dons an old-age simulation suit to see what it feels like to be an OAP, then chats with people at the day care centre and finds out more about how the service helps them continue to enjoy quality of life.

Centre Manager, Sandra Sneddon, hopes the documentary will help break down some of the taboos surrounding the disease. In an interview with The Herald, she explains... 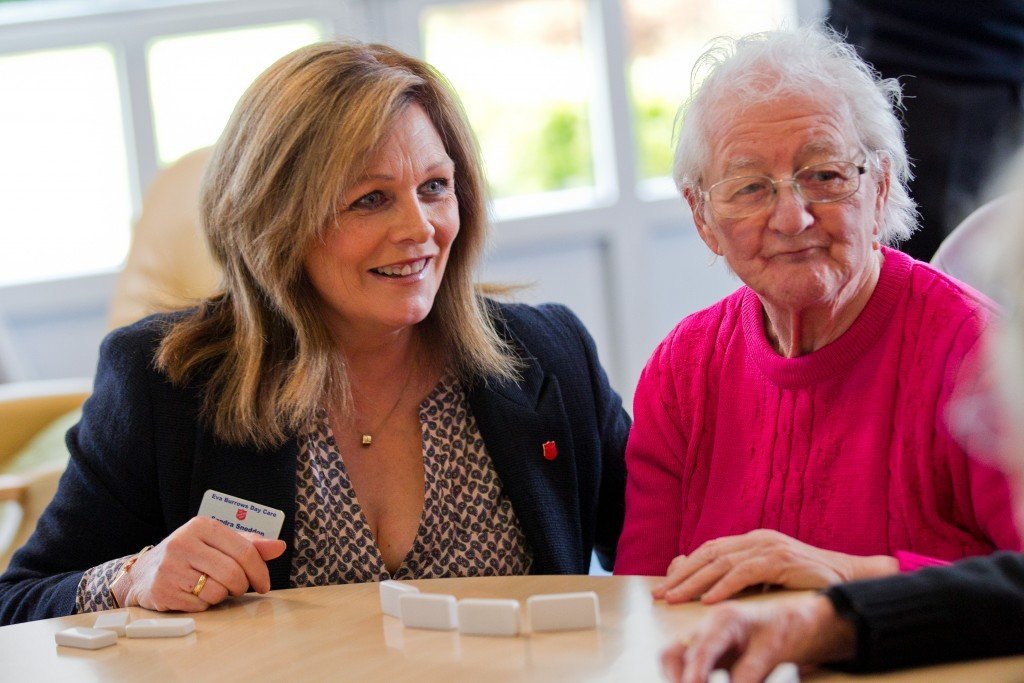 “People are frightened of dementia, but I think a lot of that fear is based on the thought of – 'What if it happens to me?'

“If you have the proper input along that journey and are assisted on that journey, life is not over. Life can be made just as fulfilling as it possibly can be, and that is what we need to do.”

At the Eva Burrows centre, the focus is on activity, getting people to do what they can.

The centre uses various props to trigger memories form the past, including a 1940's decorated room, photos of Glasgow in days gone by, and a smell box of scents associated with past lives.

Ipads are used to compile individual playlists of user's favourite pieces of music, and there are a wide range of familiar activities ranging from knitting and gardening to bingo sessions and tea dances.

The service cares for around 20 people a day, most of whom have a diagnosis of dementia and Alzheimer’s disease and are at varying stages of their illness.

Sneddon said a book which lists everything from food likes and dislikes to family history is compiled for each service user when they first arrive.

“Past history is very important, so that we can build a rapport,” she said. “People get frightened as they don’t know what has happened to them.

But if we can sit down and I ask, 'Where did you meet your husband', for example, I am speaking about something they can relate to – so all of a sudden there is a calmness and a feeling of worthiness as they can actually interact in that conversation.”

However trying to find ways to engage someone often requires some unusual thinking.

Sneddon said there was one elderly man who used to come attend the centre who staff noticed had a curious habit of brushing at the carpet with his hand.

“In his care plan, there wasn’t a lot of information, so I phoned his sister and it emerged he was a carpet fitter in his day,” she said. “So what he was doing was still checking the carpets.

“I went into a carpet shop and got a pack of samples and then said to him, ‘I need your help – I’m looking for a carpet, what kind of quality should I get?’

“He was in his element telling me what carpet I needed and being able to help me.

“We had the same conversation every day he came in – but he wasn’t aware of that. It was something he knew about and it made him feel great.”

The centre also runs a knitting bee group for service users, even though some have lost the ability to knit. Instead, they are given a tactile woollen "muffle", which is fitted with buttons, zips and Velcro, so they can sit with the group and "knit" along, using their hands.

“The aim is to involve everyone – no matter what stage they are at in their journey, they have got to feel valued and like they are taking part,” Sneddon added. 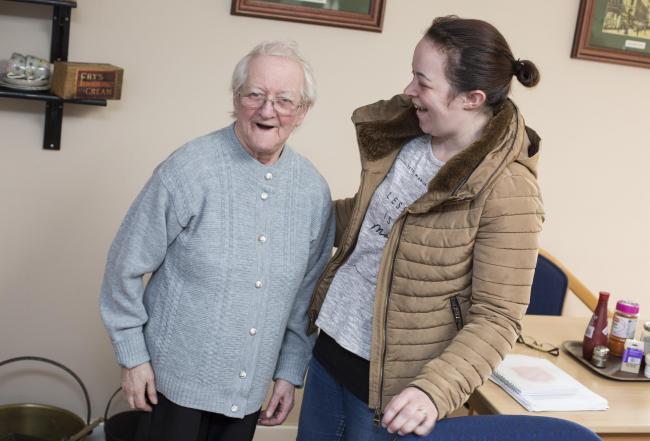 Georgie McNellie, who attends the centre 5 days a week, with her granddaughter Claire

The documentary shows O’Grady spending time with Georgie McNeillie, 82, who was diagnosed with dementia around seven years ago.

McNeillie can no longer live independently and now stays with her son and daughter-in-law, but attends the centre five days a week. The staff say as someone who was previously very active, she still enjoys taking part in activities such as washing dishes.

Her granddaughter Claire Rennie, 31, said the centre has made a huge difference to the entire family’s quality of life.

“It especially helps my mum and dad," she said, "because they still work full-time, so the centre gives them a bit of peace of mind, knowing she is around people who know what they are doing.

“The centre gives my gran a wee book, of what she has done in the day, and I will come in and read through the book with her. It gives me something to talk about with her, when obviously for people with dementia it can be quite difficult to have a conversation with them."

Rennie said her grandmother recognises her as someone familiar, but no longer knows who she is. But she said she believes the fact she is still allowed to participate as much as possible in life is helping slow the progress of the disease.

She said: “I think some people think when someone has got dementia they can’t do anything, so instinct kicks in and they just do it all for them.

“My gran has had dementia for a long time, but she has not deteriorated as quickly as I have seen others deteriorate.

“I think it is because of the level of care she is getting and we are not doing everything for her.”

She added: “When I tell people my gran has dementia, they often ask how long she has been in a care home. They just think that it is someone at the end of their days – but it is not.

“There are still issues – the other day she tried putting a cushion cover on as she thought it was a jumper.

“But even in the house, my mum gives my gran a duster and she goes and does some housework.

"We are focusing on what she can do."